Director for the World Federation of Occupational Therapists

The election process will be offered from January 2 to January 23, 2019.

The nominee's priority statements and curriculum vitae summaries are below for your review. 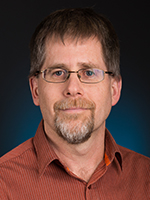 Priority statement
Occupational therapists in Canada have to demonstrate that not only do their services make a difference but that they are a good investment relative to other services. Despite these pressures, significant needs exist for occupational therapy services given population ageing, the prevalence of chronic diseases and the importance of primary care, among other examples. As well, occupational therapists are being asked to advance social justice, for example, responding to the calls for action from the Truth and Reconciliation Commission of Canada.

CAOT plays an essential role in supporting Canadian occupational therapists in these endeavours through its’ strategic priorities, for example, advancing political advocacy and fostering leadership in enabling occupation. Importantly, making progress in these areas requires positive collaboration with our international profession partners, among other stakeholders. The WFOT Director position on the CAOT Board has a critical role to play in optimizing this collaboration.

Resume
During my 35 years as an occupational therapist, I have been fortunate to exercise many roles, for example, as a clinician in Australia and Canada (1984-1999), as the northern Canada representative on the CAOT Board (1995-1998), as a professor at Université Laval since 2007, as director of the occupational therapy program at Université Laval (2010-2014), as coconvenor of the 2012 CAOT conference, as cochair of several Occupational Therapy Canada reflection days, and as coeditor of the 2018 Occupational Therapy Now special issue on economic evidence in occupational therapy. Since October 2015, I have carried out the WFOT Director role on the CAOT Board. I am seeking reelection to serve a second term in this role in the belief that I would further my contribution in acting as a bridge between the work being carried out in our profession in Canada and that being carried out internationally.

During my mandate as WFOT director, I have coordinated the Decent Work project, an executive summary of our report having been published in the WFOT Bulletin, the full report being available on the WFOT website. The next step will include an online international survey both to maximize knowledge transfer and to explore the nature of work in this area across our profession. I also have collaborated with Canadian experts and students in the area of dysphagia, which has resulted in an online survey being conducted in 2018 of dysphagia practice by occupational therapists around the world.

I have used several avenues for keeping CAOT members apprised of WFOT’s work, whether through the three articles and various “What’s New?” items published in Occupational Therapy Now, a presentation at each CAOT conference, items included in CAOT’s OT Weekly emails, and forwarding of WFOT-related information to the directors of the 14 entry-level occupational therapy programs in Canada.

I believe that the variety of roles that I have exercised over a number of years in our profession, as well as the work I have carried out during my time as WFOT Director, have given me the necessary qualifications to make an important contribution in a second four-year mandate in this role on the CAOT Board. 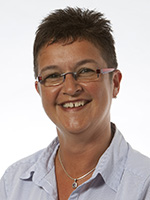 Resume
I obtained my BSc in Occupational Therapy from the University of Montreal in 1985, my Masters in Education (MEd) from the University of Quebec in Rimouski in 1993, and my PhD in Biomedical Sciences (Rehabilitation Option) from the University of Montreal in 2003. I worked in Adult Mental Health, Pediatrics and Acute Rehabilitation (Adults and Adolescents) in the National Capital for 7 years before joining the Faculty of Occupational Therapy Program at the University of Ottawa in 1992. Two years later, I assumed a first term as Program Director from 1994 to 1997; a second from 2008 to 2012 and a third from 2014-2015. Since 2015, I am the Director and Associate Dean of the School of Rehabilitation Sciences. During my academic career, I have published 2 book chapters, 24 articles in peer-reviewed journals and 8 articles in professional journals.

My volunteer work with the Canadian Association of Occupational Therapists dates back more than 35 years when I served as a student representative for my cohort. As soon as CAOT moved to Ottawa, I became more involved as a member of various committees such as the Membership Committee, and the Academic Credentialing Council, which I chaired for 3 years. In 2005, I joined the Board of Directors as the Quebec Director. Subsequently, I was Secretary, Vice-president, President-elect and finally President from 2012-2014. In addition to serving on committees, I annually review abstracts for the national conference and articles for the Canadian Journal of Occupational Therapy, I am an evaluator for academic program accreditation, and I have served as CJOT’s Associate Editor (French) from 2006-2010.

After 33 years of career, I am still very passionate about the profession. As President, I had the privilege of representing CAOT at various international conferences where I saw how CAOT and Canada are world leaders in our profession. I wish to represent CAOT within the World Federation of Occupational Therapists to continue to innovate and grow the profession worldwide.

CAOT member types that are eligible to vote:


CAOT member types that are NOT eligible to vote: